Story #14: On this spot in 1898 Jun Sing operated one of the first Chinese Laundries.

Like many of Portland’s Chinese hand laundries, the ownership of the laundry at 60 India Street changed frequently during its short existence.  Between its opening in 1898 and its closure in 1906 that
laundry had three owners.  Jun Sing opened it in 1898.  Chin Hop owned
it in 1899 and Lonn Hip owned it from 1901 through 1906.  I’m not sure
who the owner was in 1900.  Typically the laundry’s name was its
Chinese owner’s full name or family name plus the word laundry. Portland had about 20 Chinese hand laundries at this period. Almost all of the 19th and early 20th century Chinese immigrants came from what is now called Guangdong Province, then called Canton, and were Cantonese speakers.

The only direct connection between Portland’s Chinese immigrants and India Street are the two Chinesehand laundries that we there.  The laundry at 60 India Street lasted the longest.  Laundries and restaurants are stereotypes, but due to racism and other factors those stereotypes are true.  Almost all late 19th and early 20th Century Chinese immigrant to Portland worked at those jobs.

Maine’s first known Chinese immigrant, Daniel Cough, stowed away aboard a Maine ship while it was at his home island, Amoy Island, off China’s southeast coast.  Ah Foo Fong, came here from Boston in 1860 to work in the Shaw’s tea shop on Exchange St where he was placed to work in the shop’s window.  Ar Tee Lam came to Portland about that same time.  He was a cigar maker and opened a tobacco store on Exchange St.  I suspect that Mr. Lam came to Portland via Cuba.  Mr. Lam opened Maine’s first known Chinese restaurant at 1 Custom House Wharf in 1880.  My research shows that, after about 1880, most Chinese coming to Maine came here after living for a while on the west coast.

Chinese people who came to the United States after the discovery of gold in California in 1848 spoke of coming to the Gold Mountain (Gam Saan).  That term was originally specific to the west coast gold mine areas but is now sometimes used for the U. S. has a whole.

-Gary Libby, The Chinese and American Friendship
Association of Maine 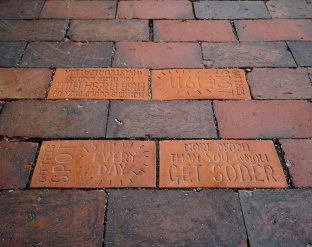 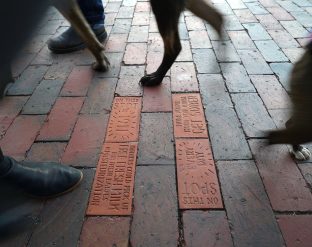 More people than you know get sober, everyday 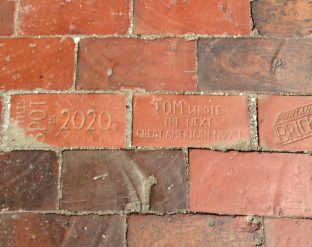