Story #22: On this spot Tony played his first game of craps. He was twelve years old.

I met Tony when Marianne Reali and I crashed a closed poker game at The Italian Heritage Center. We walked into the room where a group of about ten men between the ages of seventy-something and ninety-something were playing their weekly game. The first thing Tony said to me was, “I don’t want to talk to you! What are you two doing here?”. Thus began our relationship. The second thing Tony said to me was, “put this on a brick: on this spot Tony played his first game of craps. He was twelve.” Marianne and Tony are good friends. They both grew up in The India Street Neighborhood.  The other poker players chuckled when Tony shared this information. One leaned over to me and yell/whispered, “Tony was arrested twenty times before the age of 21!”  After a childhood spent in neighborhood Tony enlisted and served in World War II. He recounted he memories of liberating a concentration camp. Tony is one of my favorite people. He is kind, funny, and debonair. As he explained it, he’d leave church on Sundays and b-line to play craps in a parking lot down the street. 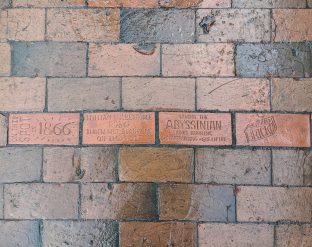 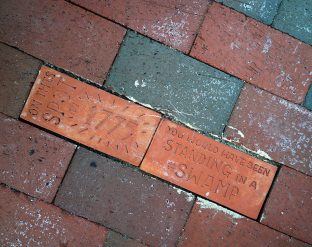 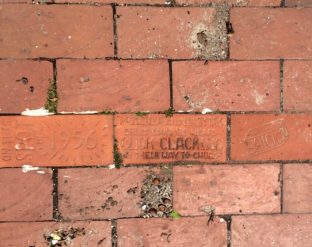